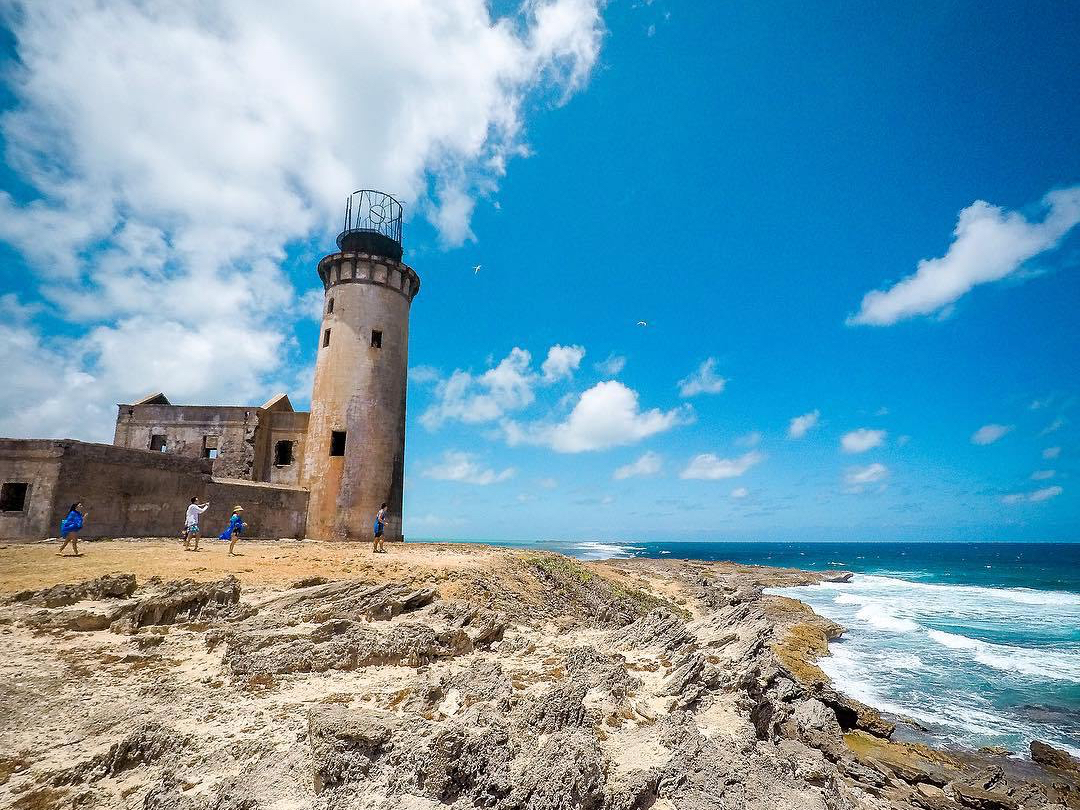 A piece of History!

A few weeks ago, I had the opportunity to visit this historical island situated in the south-east of Mauritius. A wonderful trip which started at Pointe d’Esny,  where a speed boat picked us up for a slow, yet enjoyable ride of 45 minutes through the shallow and turquoise water of the bay of Mahébourg. At one point, the trip became bumpy and exhilarating for we had to cross a big channel which once opened the passage for vessels to access the island. Finally arriving on the island, we landed on a beautiful sandy bank. Mind you, on the other side of the island, the sea is very rough, and it is not advisable for any swim!

Also known as Ile aux Fouquets, Ile au Phare was amongst the first small islands around Mauritius to be discovered in late 1500 by the Dutch settlers. L’Ile au Phare got its name from a lighthouse built in 1864, which was still operational until the beginning of the 20th century. Historically, Ile au Phare, situated within the bay of Mahébourg has fulfilled a strategic purpose during the naval battles at Grand Port.

This lighthouse guided the ships to the harbour of Mahébourg which was the original French settlement and remained an important port until the early 20th century. When the British decided to move all port operations to Port Louis on the opposite side of the island, the light station was abandoned and fell into ruin. The metal parts of its once gleaming orb are scattered all over it. The ruins provide shade from the sun or shelter from the wind though, and Ile au Phare is thus a favourite picnic spot of local people and fishermen. A colony of tropical birds is nesting right behind the lighthouse, in the steep part of the drop.

From outside the lighthouse, the view of phenomenal waves hitting hard the cliffs and other coral structures is just breathtaking!

From the reverse angle, you can see Ile de la Passe. Between 20 and 25 August 1810, during the British campaign to capture the island (then called Isle de France) from the French, it was the scene of the Battle of Grand Port. The battle was a long and very hard-fought action between roughly equal forces of French and British frigates and, on balance, a defeat for the British, who lost four frigates, and one subsequently recaptured. The French squadron did not survive the British invasion of Mauritius.

If you are visiting the south-east coast, make it a point to visit these islands. The ride from land to there is spectacular. From shallow waters to the real deep sea, you will enjoy every single minute of it.

View all posts by toligreeneyes

One Reply to “Ile aux Fouquets”